Thank you for your ongoing support and for your prayers for Japan. The Japan Evangelical Association has posted a report on its web site, along with specific prayer points for the disaster-hit Tohoku region and its survivors. To read the report and prayer points, click here.
Posted by Kristyn Kuroki at 4:03 PM No comments:

Two YWAM Japan National Office team members went to Iwaki City, Fuskushima Prefecture, on December 22 to deliver Christmas gifts to 31 children at an orphanage. Each child received a Christmas stocking filled with a hand-sewn, stuffed animal reindeer, origami paper set, crayons/colored pencils, drawing pad/sketchbook, and a bag of mixed candies and cookies. We played a game of Bingo with the children, and then served homemade gingerbread cake, snacks, and orange soda/grape soda/ginger ale. While they enjoyed the snacks and drinks, each child was called by name and presented with the filled Christmas stocking.


Posted by Kristyn Kuroki at 9:10 PM No comments:

In mid-August, one Okinawa team member and one National Office team member volunteered to help clean and prepare a Christian facility for its future use as a community center in Ichinoseki, Iwate Prefecture.

For the National Office team member, this was the second outreach to this particular area of Tohoku. Her first outreach had been shortly after the March 2011 disasters. Nearly one and a half years later, she could observe the progress and what remains to be done. On one hand, much clean-up has been finished. Garbage and debris have been taken to local collection sites. New temporary housing units have been built for evacuees and survivors. New temporary stores are operating out of single-wide mobile homes.

Since the spring of 2012, the Tokyo DTS team has participated in several outreach efforts in the disaster-hit region (Tohoku) of northeastern Japan.

In the spring, two team members went on a short-term outreach to meet with other disaster-relief network contacts.

In early summer, two other team members volunteered for one month, helping to build houses and assisting with other construction projects. One of these team members had received a vision of building homes in Tohoku and was able to see the beginning of that vision fulfilled.

In August, the Tokyo DTS students and some staff went on outreach to Tohoku. (Hopefully, some photos and details will soon be able for that report.)

One YWAM Japan National Office team members went to the Global Mission Center in Iwaki City for a few days after Christmas.
The outreach included taking a variety of supplies, participating in morning prayer drives along the devastated coast in the Usuiso area, taking provisions and gifts to an orphanage, and visiting evacuees now living in temporary housing units.

Please pray for the remnant in Japan. Please pray for the pastors and ministers who continue to pour themselves out to serve others who survived the disasters. Please pray for those evacuees who have been relocated into temporary housing, that the love of God will be made known to them, that they will find fellowship and belonging in the local churches.
Posted by Kristyn Kuroki at 10:04 PM 1 comment:

By Check: Donations to YWAM Japan for disaster relief support can be made by check. Please make the check payable to "Youth With A Mission" and mail to: YWAM Japan National Office, Nihonzutsumi 1-19-6, Taito-ku, Tokyo, 111-0021 JAPAN.

International Wire Transfers: From your bank, you can transfer money in either US dollars or Japanese yen to Citibank Japan Ltd., Ohtemachi Branch (Swift Code: CITIJPJT), Youth With A Mission (use the full account name; please do not write YWAM), Account Number: 5111013. After your wire transfer is completed, please send a copy of your transaction to us either by fax (+81 03-5603-1775) or by mail to the YWAM Japan National Office, Nihonzutsumi 1-19-6, Taito-ku, Tokyo, 111-0021 JAPAN.

JP Postal Accounts: For persons in Japan who wish to send money to the YWAM Japan postal account, the name on the account is Shukyohojin Sekai Seinen Senkyokai and the account number is 10140-65305041.

Japan is now in a situation we never could have imagined. Reports of loss of life and damage increase daily. Many people in Japan are in deep shock.

Yet, even in the midst of such sadness, we have hope because our omnipotent God is with us. Many people around the world are praying for Japan. We are receiving many messages of encouragement. Many have expressed their desires to help. We are most thankful. Please know that your prayers are reaching Japan.

YWAM Japan has set up a team to help coordinate incoming volunteer teams. Even though it is a small team, we hope we can be helpful.

Finally, I can report that all YWAM Japan members are safe.

Youth With A Mission Japan 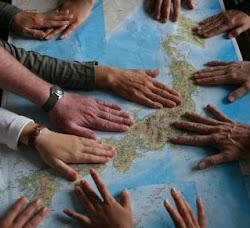 If you are interested in volunteering to help with the disaster relief work, you can complete at online application at http://www.ywamtokyo.org/get-involved/relief/.

This Was Once A Neighborhood 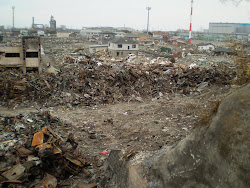 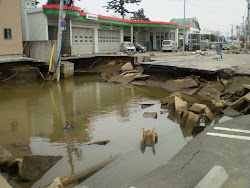 Since the devastating 9.0 earthquake on March 11th, the situation remains unpredictable and unstable. For up-to-date news coverage, we refer you to the following sources.

For first-hand accounts and updates by a Japan-based disaster relief Christian network, check out the CRASH Forum (Christian Relief, Assistance, Support and Hope).